5 work styles: how does your team manage its workload?

5 work styles: how does your team manage its workload?

Do you work with someone who leaves everything until the last minute, riding that wave of adrenaline to the finishing line? Perhaps your team has a dedicated delegator who knows their strengths and weaknesses and isn’t going to try doing everything themselves? Or maybe you’ve got someone who’s found that perfect work-life balance we are all striving for, making it to every Pilates class, as well as killing it at the office each day?

Which of the following five worker profiles best describes the members of your team? Could they benefit from trying some new tools to help them celebrate (or control) their work habits? Explore the options below and find out your team members' best fits (we’ve certainly worked out which profile each of the ESM Inbound team is!) 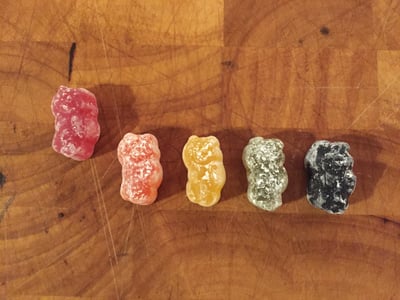 Advantages: It’s important to remember some people thrive in a high-pressured environment. Some know that unless they have fireworks underneath them, they won’t get anything done. Then they proceed to turn out some of their best work a few minutes before the deadline!

It’s frustrating for others, but there’s something about the danger and threat of potential disappointment that turns The Last Minuter into an ideas machine.

Disadvantages: The Last Minuter of the workplace can be a frustrating and unwelcome member of the team. Leaving projects until the eleventh hour and potentially sacrificing quality shouldn’t be something your team gets into a habit of doing.

We often rely on others in order to complete our own work, and if someone on the team is letting everyone down by crunching timelines, it can cause myriad workflow problems and create tension amongst colleagues. If The Last Minuter wants to leave their own workload until the deadline, that’s up to them, but when it affects others, it’s no laughing matter.

Tools for The Last Minuter

Trello: The Last Minuter needs firm, structured deadlines that give them plenty of warning through ‘danger red’ notifications and email reminders when deadlines are nearing. Trello allows you to add multiple members to each board, assigning a checklist of tasks to each person working on the project – this clearly shows when one person in the chain is holding everyone else up… and hopefully stops them doing it!

Toggl: This tool is a simple, easy-to-use timer that charts how long is being spent on each task through a work day – the purpose is to analyse how much time is being dedicated to certain customers or activities… but it also acts as a great “hurry up” tool when The Last Minuter realises they’re spending too long on certain projects! 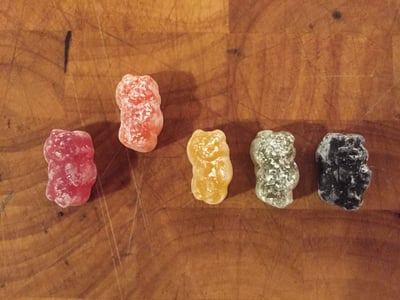 Advantages: The Prioritiser is decisive. They can scan their to-do list or email inbox and quickly manoeuvre their workload into an ordered system that works for them – Minority Reports style. This makes them people who are in control, and who see the big picture of a project, as well as all its smaller moving parts. They're unflappable and a great source of advice when it comes to asking for help with colleagues’ workloads. 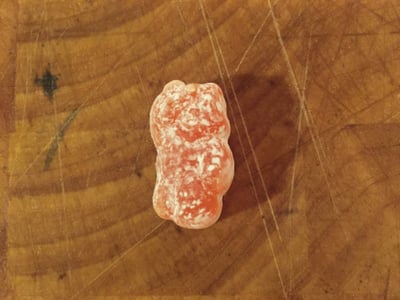 Disadvantages: Who’s to say The Prioritiser’s priorities match yours – or anyone else’s in the team? While this person might seem in control on the outside, it may become a concern if projects others are linked to aren’t also their priority. Being decisive doesn’t mean the same thing as being a good decision maker.

The Prioritiser sometimes puts the wrong projects first, wasting time on things that could have been put off and missing deadlines that were more urgent – someone else’s organisation does not automatically align with yours.

Tools for The Prioritiser:

Slack: Like good old MSN and Whatsapp before it, Slack is an instant messaging tool… but with a difference. Designed for colleagues working remotely from one another – or even in the same office to save time hanging around people’s desks – you can fire over a quick reminder or document, link or question, and your colleague can quickly be chased for that piece you’ve prioritised but maybe they haven’t.

Calendly: Ever wondered if your priorities and The Prioritiser’s aren’t matching up? Try accessing their calendar to ensure that big project you’ve got coming up is also a big deal for them. Calendly allows you to set your availability preferences, get a link to your schedule to share over email, and lets colleagues pick a time that works for both of you – including you putting in requests for work projects.

Advantages: They’re high achievers and have soaring expectations of themselves, and others. With that comes an inability to say no to work, and a “just five more minutes” approach that, instead of applying to their alarm clock in the morning, actually applies to their working hours.

Holidays, anniversaries and birthdays have probably been reshaped by their dedication to work and reluctance to switch off. But they love what they do – it’s less that they lack a desire to change and more that they have an inability to. Everyone knows if they’re working with this character, it’s going to be one hell of a productive session. 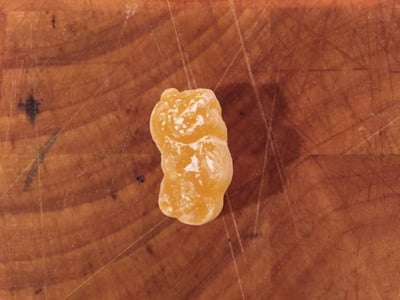 Disadvantages: Not everyone works at the same pace as them (and nor should they). They might work at lightning speed, remaining at their desk through lunch, taking calls at all hours and typing away into the night, but it’s important they don’t impose these methods onto others.

They’re also at greater risk of burnout, forgetting that rest is essential for a good performance the next day. Loved ones also need them to be present in special moments, not scrolling an iPhone through their nephew’s birthday party – delegation is an important skill for them to learn.

Tools for The Never Ender:

Toggl: Not only for The Last Minuter’s benefit, Toggl can help keep a lid on The Never Ender’s insatiable appetite for work. By removing them from cards they no longer need to concern themselves with, and rebalancing their workload through the ‘cards’ function, you can help them re-address their workload and realise there is an end in sight!

Switch Off: This nifty app allows you to programme a computer to shut down, sleep or change status modes at certain predetermined times. You can fully customise the app's settings to give you control – or do it for someone else! By literally switching off their laptop for them, you’ll help The Never Ender work to a time they know they can’t extend. 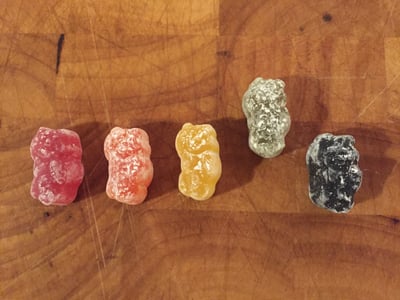 Advantages: If they’re one of the clever 33% of UK employees who feel they achieve a work-life balance, then congratulations to them! They’re doing something right: by this statistic, it’s really hard to achieve this nirvana of work practice. If they were to put themselves in this category, they’re probably fiercely motivated at work because they know that gym class starts at 6pm and they have to be in it.

By spending money on a hobby or prioritising social plans once they’ve worked their official hours, it means they are always driven towards something enjoyable that they can’t get out of, encouraging them not to waste time at work. 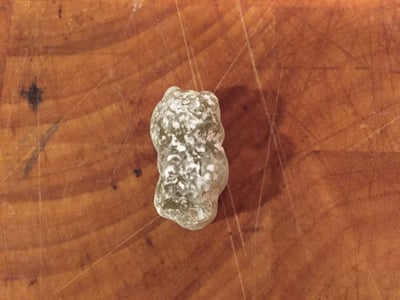 Disadvantages: When they do have to skip a Yoga class because something overruns, they’re likely to feel angry and frustrated. Things don’t always go to plan and while some other work styles are more flexible in their ability to work late or start early, it could be that The Work-Life Balancer resents any changes to their carefully crafted life plan.

The Work-Life Balancer might feel they’re less likely to receive promotions or raises, or be recognised for their commitment and high standard of work within contracted hours, compared to their peers who are making themselves more visible in the office.

Tools for The Work-Life Balancer

Todoist: For the to-do-list lover, this app helps keep all thoughts, actions, ideas and activity in one place so nothing gets missed, for greater peace of mind. Your lists can be shared with colleagues to help split the workload, too – with 10 million downloads and companies such as Google and Starbucks on their books, this is the perfect mind-emptying tool to help busy Work-Life Balancers find their calm.

Toggl: Despite this being a good way to speed up and focus The Last Minuter, it can also be an excellent tool to help prove to anyone who’s charting the software that The Work-Life Balancer is working super efficiently during their contracted hours, allowing them to leave on time, guilt free. By recording data on how much they’re completing in a certain time frame, they can prove just how much that spinning class is earned by 5:30pm.

Advantages: They’re someone who notices things. Whether it’s each colleague’s skill set, their weaknesses, their strengths, or how many nights someone has stayed late this week, there’s few people more observant than The Delegator. And they act on what they notice.

If they see the same person is constantly attending that three-hour meeting on Wednesday afternoons, even though several people in the team could feasibly do it, they’ll suggest a rota so attendance becomes more fair. 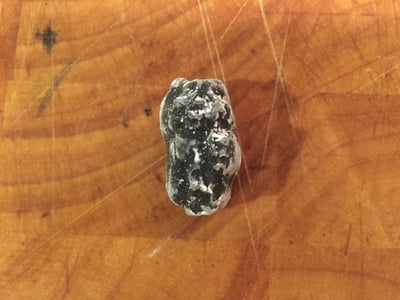 Disadvantages: If they don’t balance their role very carefully, they might be seen as either overly bossy or work shy. The last thing they want is for their organisation and observations to come across as them dodging their own responsibilities.

While it’s great to be someone who acknowledges their own weaknesses, they need to make sure they aren’t leaning too heavily on those who happen to know more about a certain area than them – help them learn from colleagues, then encourage them to work independently as soon as they can.

Tools for the Delegator:

HubSpot Academy: Instead of jumping to a colleague for help every time the content uploader stops working, HubSpot Academy can help them learn. With their fantastic, engaging and easy-to-follow tutorials (many of which are available free online), they’ll soon be building their own skills, instead of delegating to someone else and staying within their same, safe knowledge zone.

Tap My Back: Make sure, if they are expecting teammates to step up more to share tasks, that they’re praising colleagues for it. Verbal praise is the most appreciated form, but to make it fun and brighten their day, try Tap My Back for colleagues to let them know they’ve done a good job which is appreciated, while offering constructive feedback.

No matter which time-management styles you have in your team, remember there are plenty of positives to take from what each member is already doing; a mix of these styles makes for a diverse and ambitious team.

But we can all benefit from a little self reflection and by turning the magnifying glass on ourselves, adapting the way we work to suit our business with the help of the right tools, we can ensure we are always growing and learning better.

3 questions to ask a marketing agency before working with them

Are you considering starting work with an agency but don’t know the kinds of questions you should be asking to find the right one for your business? It’s a minefield out there! So ...
Read More
by John Kelleher on 18 Mar 2019
Website Design

How GDD could make your website your best salesperson

We all need to be able to rely on our website as the hardest-working member of our team. With 70% of buying decisions being made before a prospect has even spoken to your sales peo...
Read More
by John Kelleher on 23 Oct 2019
HubSpot

How to grow your HubSpot knowledge [fast and for free]

We offer tips for your first days and weeks with HubSpot, how to balance the workload amongst your team, and explore some of HubSpot's useful resources.
Read More