How to write a follow-up email that makes prospects respond 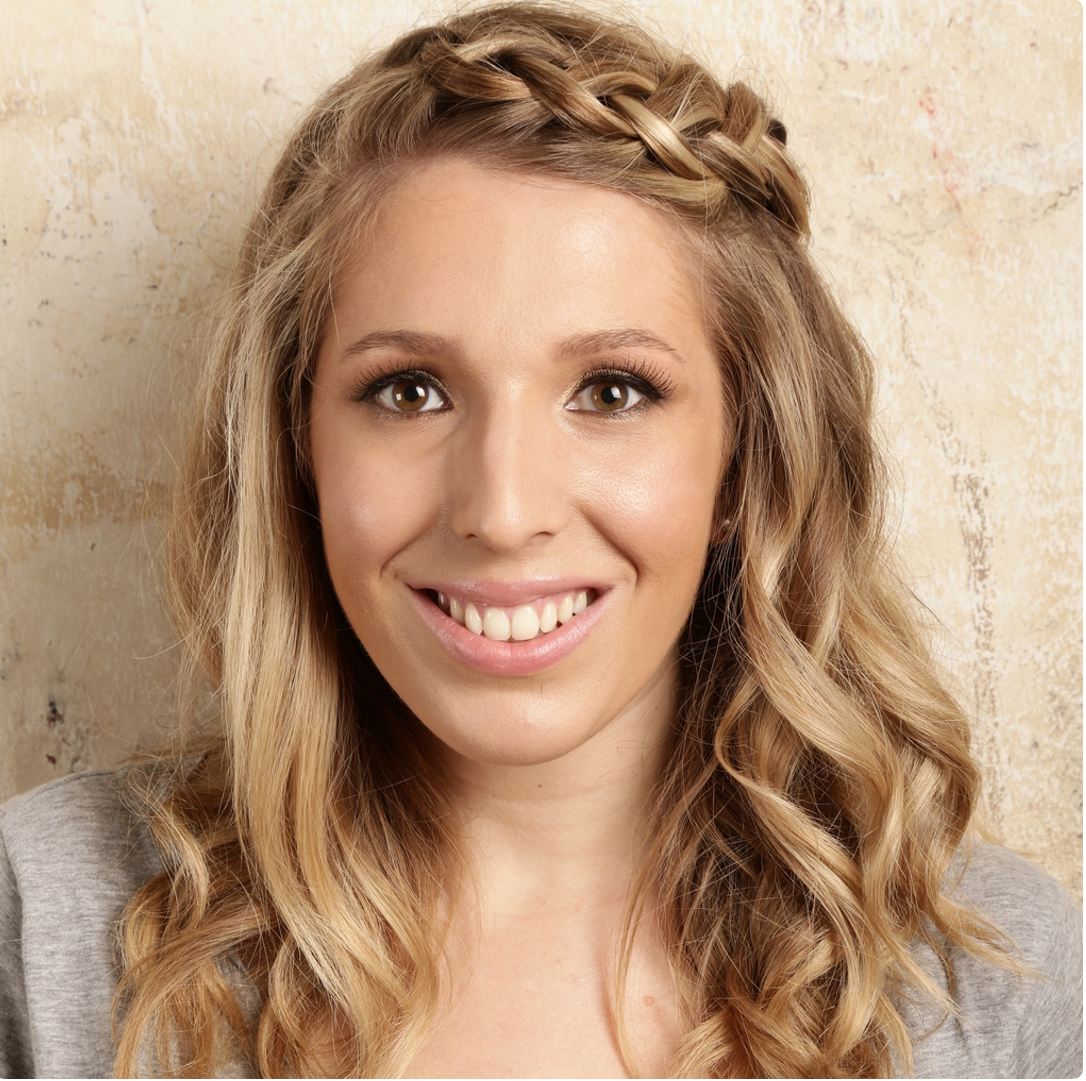 So you’ve registered a new contact; they’ve shown an interest in your product or service, and perhaps they’ve explored a few of your website pages. As a great salesperson, you’ve taken this as your cue to investigate them more – explored their own website, perhaps looked at their LinkedIn profile, and generally acquaint yourself with the person – ahead of reaching out to them via email.

You’ve probably spent some time crafting a personalised email, introducing yourself, noting their interest in your site, then offering to help them further (perhaps you even included a short prospecting video at this point?). Once that email’s been sent though, it’s disappeared into the ether and you might never hear from that prospect again. Maybe they won’t even open your email before consigning it to their deleted box.

So it’s time to give up and move on, right? Wrong! This is where you send the all-important follow-up email. Get this bit right and you’ll attract your prospect back to you, not only opening your email, but far increasing the likelihood of them sending a response.

As the popular expression goes – ‘insanity is doing the same thing over and over again and expecting a different result’. If your prospect hasn’t opened, replied to or acted upon your initial reach out to them, sending a very similar email as your follow up isn’t likely to inspire a response either. 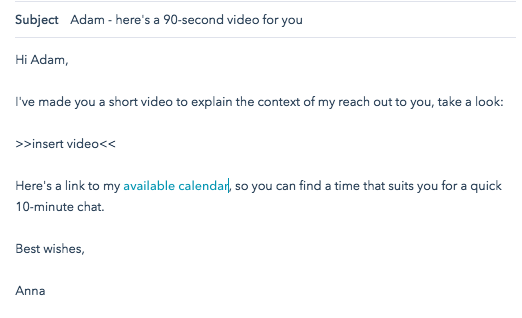 One of the biggest mistakes we marketers make in our initial outreaches, is that we don’t make our emails personal enough. Customers are so email savvy now, that they can spot a template or copy/paste job at a hundred paces.

If you think you may have fallen victim to mass-emailing methods, even when you’re trying to personalise, it could be that your follow-up email is the opportunity to create something truly bespoke, and show a prospect you really are keen to treat them as an individual.

John Sherer at HubSpot explains what he thinks recipients are really after in emails now, saying:

After extensive experimentation, Sherer realised that merely changing the prospect’s name, then copying and pasting the main bulk of the email, before putting the onerous on them to arrange a time for a call, wasn’t personal enough. Tailored, focused and valuable means a lot more than switching names or twiddling with calendar dates, forcing recipients to squeeze in around your timetable.

In our example above, the main personalised element is the video. But what if the prospect doesn’t get as far as watching the video? The rest of the content is a bit flat; a personality-free message which could be sent to anyone. Instead, you need to add real tailoring, focus and value to your follow-up by doing a few extra little things.

If at first you don’t succeed

Don't write a prospect off after email one doesn't get any attention: try, try again. Below is an example of how you could change your follow-up email to encourage engagement, when your first email may have failed to do so:

In this version, you’ll notice far more personalisation. It’s slightly longer, and took slightly more time to write, but if your open and reply rate increases, surely it’s worth taking these extra measures?

Things I changed in the follow-up:

In her case study about increasing her email prospecting response rate by 1400%, Pritesh Vora explains how important it is to avoid features and focus strictly on benefits, specific to that contact in your prospecting emails:

'The purpose of a first-touch prospecting email is to make the reader interested to know more. It's not supposed to be a substitute for a website or a presentation (which won't even be effective until later in the sales process when you can customize it to your buyer's specific needs).

Features come into the picture at a later stage in the buyer’s journey, but a prospecting email is the first touchpoint, where features are irrelevant. Therefore, make sure you focus exclusively on benefits in your cold emails.'

Remember, if your initial prospecting outreach doesn't work, your follow-up is even more important – this might be the last chance you get to engage this prospect without them feeling like you're spamming them. No-one gets 100% response rate, but by adopting the habits in this post, you'll give yourself a really great chance of grabbing the attention of previously disengaged prospects, proving that a follow-up email is always worth crafting with care and attention.

Send us your HubSpot tasks

Do you need to create a workflow, send a marketing email, design a landing page or publish a blog post? Trust a Diamond Partner with your tasks by sending them to ESM Inbound. 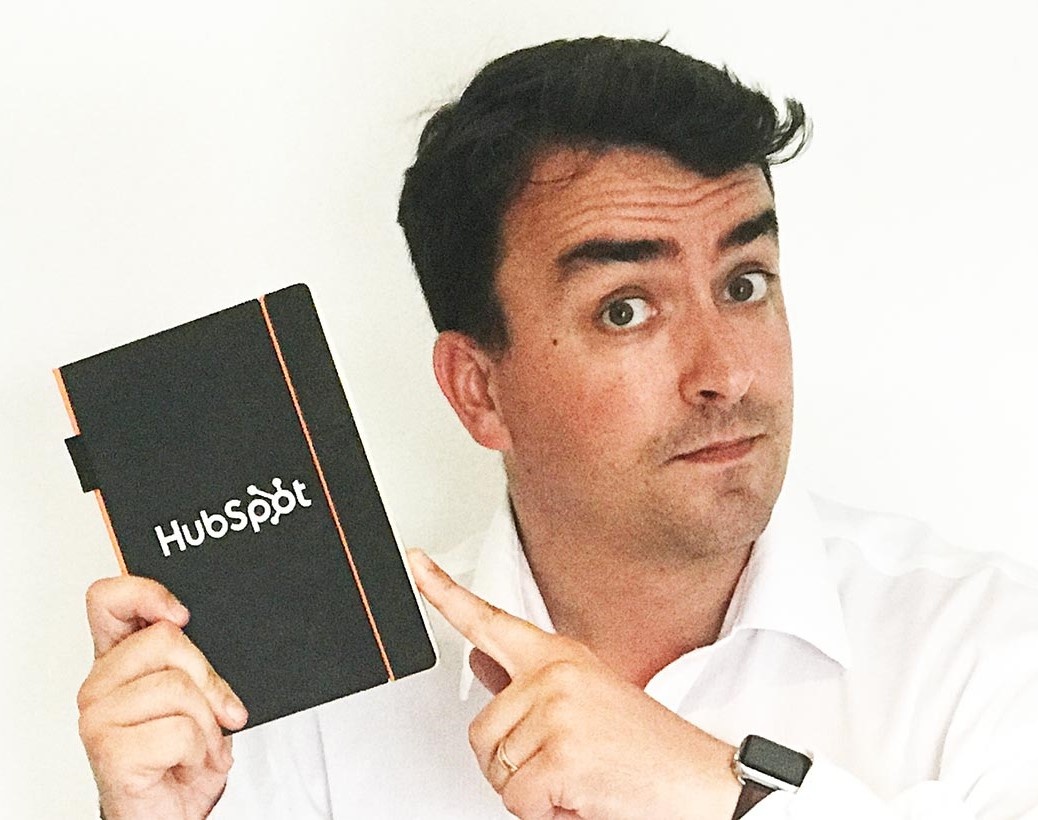