The only ‘girl’ in the village? It’s time we had more women in business.

The only ‘girl’ in the village? It’s time we had more women in business.

This photo was taken at The Current – a village of pop-up shops in the up-and-coming Seaport area of Boston, Massachusetts. 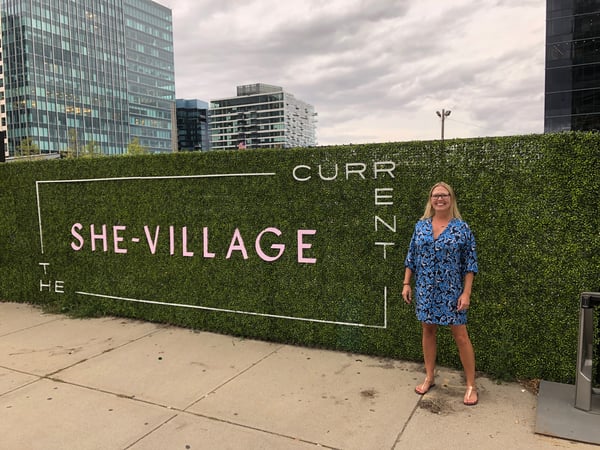 The Current plays host to a different collection of retailers connected by a common theme on a rotating basis, starting with She-Village, showcasing female-founded brands that share a common story of “passion, purpose and empowerment.” I couldn’t think of a more fitting theme for the day this photo was taken, as it happened to coincide with the Inbound 2018 conference.

The content at Inbound has always challenged stereotypes and championed women in the workplace, and this year's conference was no different. But if Inbound 2017’s call to women was to take up their own rightful place at the table, then Inbound 2018 pushed this to the next level – what is the point of having a seat in the boardroom if you don't hold the door open for someone else? 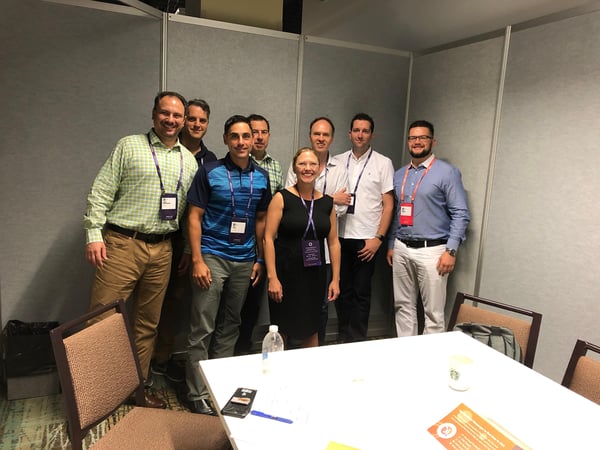 This really struck home when I attended a meeting for fellow HubSpot agency partners, and it suddenly dawned on me that – in the middle of a conference full of young women (and attended by over 24,000 people) – I was the only woman in the boardroom that morning. This is not really news – one look at the programme of speakers will tell you the great minds behind Inbound are acutely aware of how overlooked women have been and still are in the workplace. But one conference – no matter how well-attended or inspirational – will not change this.

Find the culture at the root of it all

It is the business owners and leaders who are already at the top that can make a real difference, not simply by ticking boxes – employing more women, promoting more women to leadership roles, addressing the gender pay-gap – but by creating a deeper culture within their organisations where everyone is equally respected and empowered to succeed.

It was the founder of the #MeToo movement Tarana Burke that brought it home to us that company culture is at the root of the problem when it comes to inequality in the workplace when she said:

“What is it about the company culture you have created within your own organisation that has made people think it is okay to behave in this way?”

Although the specific behaviour Tarana Burke was talking about here is workplace harassment, it is the same toxic culture she refers to which has enabled inequality in the workplace to endure.

How do you change culture?

Let’s start with language. As a former languages teacher, I have always believed that language and culture are inextricably linked. But I never thought about it in a business context until recently, when I overheard my co-founder John on the phone to a client talking about our team. He referred to the men as ‘guys’ and women as ‘girls’. This was an innocent slip of the tongue – John is a self-professed feminist – but the positive connotations behind the word ‘guy’ (being “one of the guys”) are very different to those associated with ‘girl’ (diminutive, meek, inexperienced). It is exactly this kind of careless language which, alongside the negative bra-burning stereotypes surrounding feminism, coupled with gimmicks like “Girl-Power” – has contributed to keeping us down for so long.

Thoughtless language choices can do real long-term damage to company culture, eventually creating the conditions in which incidents of harassment can occur. So make a mental note to yourself to notice how language is used within your organisation – I’m sure you’ll start to see how it is influencing your company culture.

Find the best people for the job

Blindly recruiting and promoting more women to tick the equality box will only harm your business. Part of finding the right people for the positions you have to offer includes looking for people whose values and beliefs align with your own. So if the most skilled person for the job happens to be male and also shares your values, then why on earth would you recruit a less-skilled woman, instead? This kind of token hiring is so dangerous because it creates resentment and gives the impression that recruiting more women means lowering your standards.

“Women are not special – that’s right, my sisters – get over yourselves.” – Chimamanda Ngozi Adichie 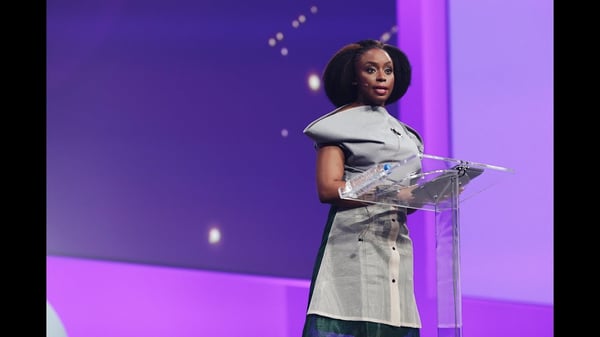 This quote really hits the nail on the head – we will never achieve equality for women through positive discrimination or special treatment. Women are no less and no more capable than men. But we are different, and this is the true business case for recruiting equally. Everyone knows that men and women are wired differently, and that we react and think differently in certain situations. Surely having a diverse team with individuals who have different aptitudes and approaches is vital to any company that wants to succeed?

If you need further convincing that hiring a more diverse team will make you more successful, look no further than this study by the International Finance Corporation. Their findings show increased productivity, reduced staff turnover, better external relations and improvements in innovation in teams where men and women worked alongside each other compared with all-male environments. Or the research by McKinsey & Co which shows that firms in the top quartile for gender diversity are 21% more likely to be above-average for profitability than companies in the bottom quartile.

I, for one, know which quartile I want my own organisation to be in – how about you? Thought so. See you in the boardroom!

Are you building your brand with storytelling?

With so much noise in the online sphere, it can be difficult for prospects to understand what your business actually does. But if you’re storytelling, building a clear picture of y...
Read More
by Lucy Seymour on 21 Jan 2019
Website Design

Still wondering if a launch pad could serve your business more effectively than a traditional website at your next redesign? If you still need convincing about why this is a winnin...
Read More
by James Mulvaney on 16 Dec 2020
Productivity, Agency work

Learn how transforming your business process can make a real impact to your business. Read the ESM Inbound blog post here.
Read More